Only 60.73 miles separates East Windsor, CT, and Warwick, RI. However, to get from one location to the other, you have three choices:

1.      You can go twenty miles out of your way to the south and then drive up from Norwich.

2.      You can go twenty miles out of your way to the north and then drive down from the Mass Pike.

3.      You can attempt to navigate the complicated latticework of state and federal highways that connect the two locations a little more directly. Be sure to make the proper offerings to the highway gods before you attempt this one; one wrong turn or one very slow truck can turn this into a nightmare. 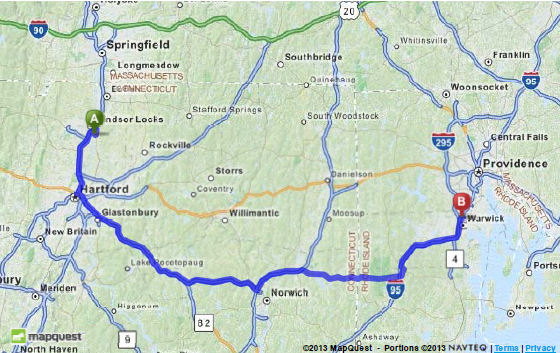 No matter which route you pick, the modest goal is to arrive in less than two hours, which translates into an average speed of about 30 mph. Mapquest recommended #1, which worked out well except for the rush-hour delay in Hartford that for some reason stretched for twenty miles and the construction area on the state roads in Rhode Island.

I could not persuade any of my Hartford-area partners to play with me in Warwick. I therefore hooked up with a very interesting guy from Chelsea, MA, Andre Wiejacki (vee YACHT ski). He fled from Communist Poland in the 1980’s to Paris and immigrated from France to the states after a few years. I had met him in the Flight C NAP tournament in Reno. Unfortunately, we were not on the same page in our bidding this weekend. In fact, we were often not even in the same book.

You know that you had a bad tournament when the highlight was achieving a tie in the first match of the red-point Swiss. Second best was a six-board match in which the opponents played 4♦ contracts on three of the six boards. The biggest disappointment was our failure to help Vera Wardlaw get the 4.87 gold points that she needed for Life Master. 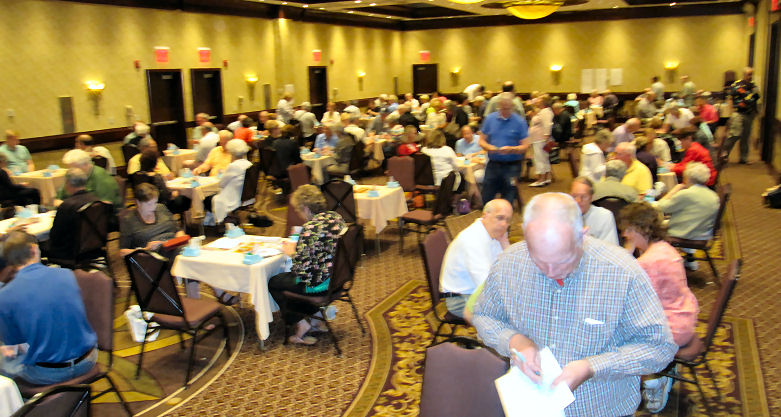 When Helen Pawlowski brought out the cookies on Saturday afternoon, I asked her if they were just for the players in the Compact Knockout who won in the morning. She assured me that even the downtrodden players in the “Loser Swiss” could sample the hospitality.

I probably was the only person in attendance who appreciated the deluge on Sunday morning. My clothes got drenched, but my car desperately needed washing.

I have always thought that the hotel in Warwick is outstanding. My only complaint was that the stopper in my sink did not work, a condition common to about 90 percent of the rooms that I have stayed in over the years.

If you get up very early, you can take advantage of free coffee and rolls in the lobby at the Crowne Plaza. 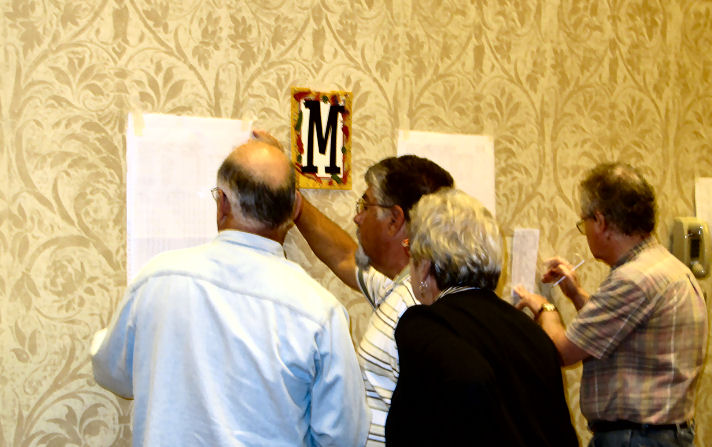 A lot of players commented on the website. Everyone seemed to appreciate what we have been trying to do.

Those who grew up outside of New England always look forward to Labor Day weekend as the beginning of college football season. The SMU-Texas Tech game on ESPN on Friday was a little slow, but the Clemson-Georgia game on ABC on Saturday evening generated non-stop excitement.

IMHO, the best thing about regional tournaments, aside from the bridge, is making friends with people with whom you were only acquainted before the event. By Sunday evening I had moved a couple of people into the friend category.