At the beginning of every month District 25's Director, Rich DeMartino sends out congratulatory e-mails to New England bridge players who have advanced in rank during the previous month. Some of them respond, and Rich selects a few of the most interesting ones to be posted on NEBridge.org. Below are some of his favorites from July of 2015. 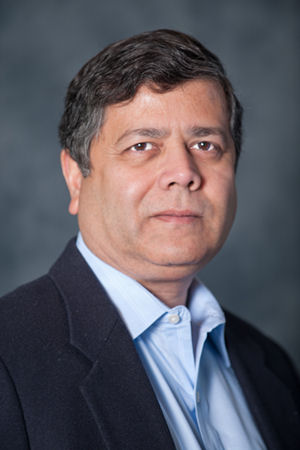 Thank you for reaching out.

My journey to Silver Life Master status was a bit unusual. I moved to the U.S. from India in 1981, where I had played a fair amount of tournament bridge already. In my first few years in the U.S., I played a lot of tournament bridge, achieving life master status and placing second in the Rookie of the Year contest in my first full year of playing. When I graduated from Syracuse University in 1985, I had accumulated about eight hundred master points. Thereafter, the demands of career and family left me with very little time for bridge, and I have played fairly sporadically ever since. The master points slowed down to a trickle, and I finally got to Silver Life Master almost thirty years later. I do love the game a lot and play when I get a chance, and hope to play more in the future. My best accomplishment was coming fifth in a tournament in Memphis to select the US B team for the world bridge championships in Japan, I think in 1988. The top three pairs were selected, and we missed out narrowly. It was a great experience, competing in a small field packed with big names.

How nice to have my milestone recognized by a district representative. I appreciate the acknowledgement. I’m afraid you’d find my bridge story and photo uninteresting. However, I do what I can to promote the game of bridge whenever I have the opportunity. It seems that it’s important for people to have a focus in retirement. My husband is an artist, so he’s all set. Without planning it this way, bridge has become a major interest for me. It’s probably more the people than the game itself. I don’t play on-line games, but do practice with a Bridge Baron app from time to time.

Thank you again for your kind message. I’ve already met you at the tournament in Hyannis last year. We were one of the teams you smushed in a knockout round. 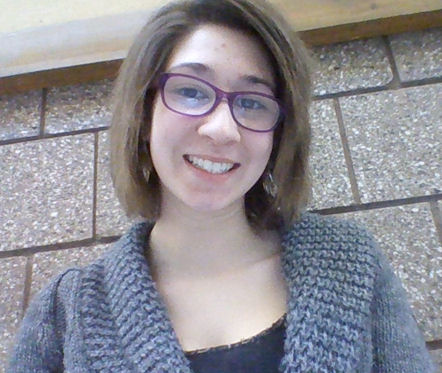 Thanks so much for the congratulatory email. Sorry it took me a while to respond, I've been really busy lately. As to my story, I started playing bridge seriously about five years ago when I was thirteen. Before that, I played casually mostly with family. My grandparents, aunt, uncle, cousins, and dad all play bridge, so we always played when we were all together. When I was thirteen, my brother and I decided we wanted to try duplicate bridge. My dad didn't know about the ACBL or how competitive bridge worked at all, so we ended up going all the way to central Pennsylvania for a tournament because that was the first thing he found. We did pretty well at the tournament and decided to continue playing duplicate bridge. Thankfully, we found the Hamden Bridge Club about 15 minutes from our house, which is where we've been playing since. We went virtually every week until my brother went to college, and I started having practices that conflicted with bridge, but we still try and go when we can, and have been playing Tuesday nights throughout the summer. I also love playing online on BBO, and got many of my masterpoints from the robot tournaments they have. It was a huge deal for me to be a club master, because it represented a real achievement that showed how much better I had gotten at bridge from back when I started, and had to ask my dad for help with the bidding. That's pretty much it (I know this is super long, sorry!), and I guess to conclude, I'm planning on playing bridge for the rest of the summer and in college at the University of Michigan [Go Blue] in the fall (I just graduated high school).

Again, sorry about the length, I just wanted to include a lot, and I saw the email growing but I wasn't done. I also attached a picture of myself with the email.

Thanks for the email on my Life Master status.

First, Rosemarie Goodwin asked me to say hi to you for her. Second, I think you would like to know that I had a great experience at Nashua. I played in seven sessions and never once had an unpleasant experience with opponents. Most were very sociable and only a couple were quiet and serious which is 100% fine. I played mostly in the Gold Rush section.

I picked up bridge in college and played only occasionally for the next five years. Later moved to the hills of Maine where only rubber bridge was available. After that circle of players dried up I stopped for several years till a gentleman showed up in this area, and knew bridge, and got me interested again. Started to play duplicate and a few tournaments and enjoyed them. I decided to try and collect some colored points and went to Danbury and other places and had fair results. This past year I picked up the remaining silver in Maine and noticed that to be a life master I needed only .05 gold. I have one blue ribbon qualifier that I would have liked to trade in for that .05 gold, but obviously the ACBL wouldn’t do that.

I decided I really should try and pick up that dusting of gold, so I went to Nashua because of its closeness. The vast majority of my red and gold points were earned with partners I picked up at the partnership desk.

I now travel about once a week sixty miles one way to Augusta to play duplicate where Rosemarie plays very frequently. Other than playing experience at the table, I learned a lot about bridge from books and software. Mike Lawrence’s books and software are among my favorites.

Getting gold points is expensive if you live in Maine, and having a regional nearby as in NH is helpful. I hope District 25 keeps up the good work.

If my letter is useful to you, feel free to use it. If I see you at a tournament I will briefly say hi.

Thanks so much for the congratulations. According to my latest ACBL magazine I'm not there quite yet so this is a surprise.

I've played party bridge for years and loved it until I discovered duplicate bridge - and as a result can never go back to party bridge. Just love learning more and trying to play better.

I've taken Rita Brieger's classes but unfortunately, she will not be teaching in the future. Wish there classes available. I suggested it at 3030 Park Ave, Bridgeport but they were not interested. I also wish there were more daytime games in the Bridgeport-New Haven area. Hamden's Friday games are always booked weeks in advance and I don't feel I'm at a level to play at 3030. Recently discovered Newtown, which I am planning to try.

Thanks again for the note. That made the status change particularly special. 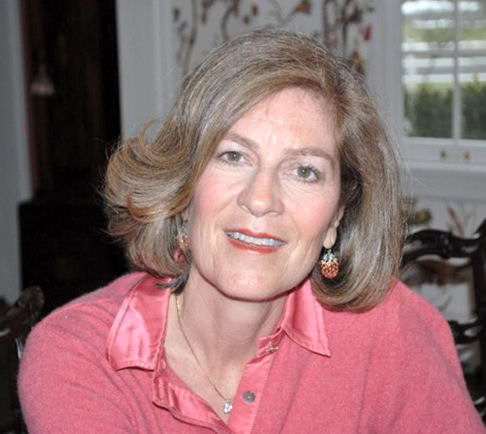 I have been very fortunate to live in a very active bridge community. I moved to Darien, CT, and started taking lessons at our Darien Community Association . In addition to beginning and intermediate lessons they also offer playing lessons and a regular duplicate game. You can play duplicate five days a week if you belong to one of the local county clubs which affords lots of opportunities to play. I spent my career in finance so after retiring I was looking for something for intellectual stimulation. Bridge is definitely the ticket. Once you achieve a certain level you find there is a whole level above that to learn and then again over that. I can see why people enjoy this game for life! I wish I could play more often, but I still have a child at home and driving duties in the afternoons so my ability to play duplicate is still limited. It has been wonderful that our neighboring community of New Canaan is now offering a duplicate game in the morning which eliminates this problem. I think more mothers would pick up the game earlier if there were more games in the morning when children are in school. I have also enjoyed the regional competitions that have opportunities for silver and gold for those of us with lower master points. Lastly I would add that I love the ACBL magazine and read it ccover to cover each month.

Thanks so much for the congratulations. According to my latest ACBL magazine I'm not there quite yet so this is a surprise.

After being a social bridge player for years, a new friend, Diana Ames (a Silver Life Master) insisted that I at least try duplicate bridge. In the past duplicate had always intimidated me. I started to gingerly play duplicate, and found it challenging, stimulating, and fun.

Just in passing, two of my grandchildren just graduated from Yale Law School and Williams College respectively. I came home from the graduation ceremonies to find I had also graduated to Club Master at ACBL. I am delighted to reach my new status, and want to thank you for your letter of congratulations.