At the beginning of every month District 25's Director, Rich DeMartino sends out congratulatory e-mails to New England bridge players who have advanced in rank during the previous month. Some of them respond, and Rich selects a few of the most interesting ones to be posted on NEBridge.org. Below are some of his favorites from May of 2015. 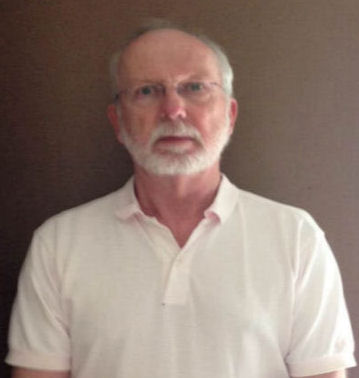 My Bridge goal was to become a Platinum Life Master by the time of my 68th birthday, which I was able to do with weeks to spare. It has been an incredibly exciting journey full of bidding and contract challenges. Along the way I have met numerous people who have become my comrades and partners – many of whom helped me to attain my current status. In my retirement, Bridge has remained a passion and the means by which to hopefully keep my mind sharp enough to continue making progress in this wonderful game. 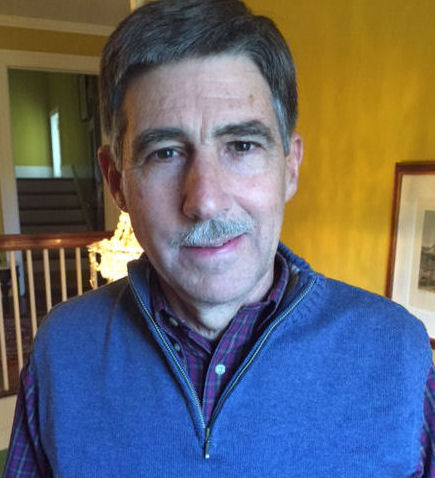 My parents taught my brother and me to play bridge when we were in high school; that was the 1960's. I didn't play for forty-some years, while pursuing a career and family.

About five years ago, when I retired, I heard about a local game, and my brother and I decided to give it a try. At that point what we remembered were four-card majors, 16-18 pt. No Trump, etc.

Anyhow, we picked it up, read several books, and have played regularly for the last five years at club games here in Maine; and some tournaments in Massachusetts, Connecticut, and Rhode Island, to get gold points. I enjoy the tournaments and making a number of new interesting acquaintances. I hope to play for many more years.

As for suggestions; to the extent the District can help get electronic scorers in the club games that don't have them, that would be a help.
Also, although we are somewhat out of the mainstream geographically, if Regional Tournaments here in Maine were feasible, that would be great.

And I would like to add that I'm glad to see that the ACBL has invested the resources in a good web site.

I'll look forward to meeting you at a future tournament somewhere in New England. 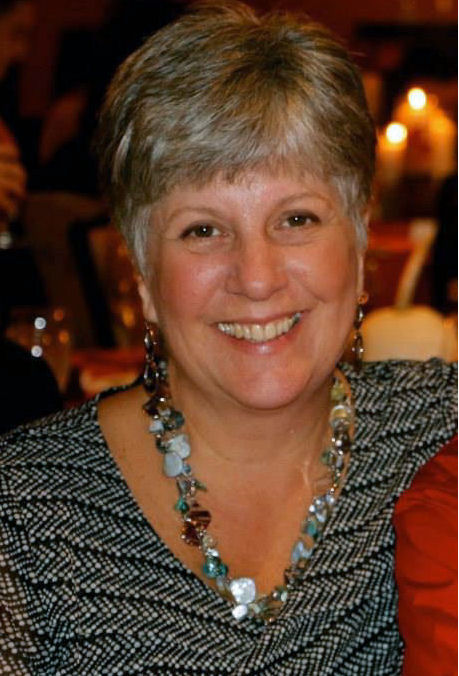 Thank you so much! I took my first bridge lesson at the Vero Beach Bridge Club in March 2014. I had never played any form of bridge or bidding card game, but came from a long line of cribbage players. I was going through a tough divorce and bridge really occupied my mind and kept me busy. But the most important thing bridge has done for me is allowed me to meet so many interesting and wonderful people. Bridge players are the most generous, fair, kind people. As a newbie, I have made more than my share of boneheaded mistakes and have never been anything but gently supported and to have actual opponents be generous and kind with their comments just continually amazes me.

As a snow bird, I so appreciate that clubs will find me a partner no matter where I am playing. Having so many new and different partners has been a wonderful learning experience and I always appreciate the lessons I learn at every single game. I hope to be a lifelong bridge student! 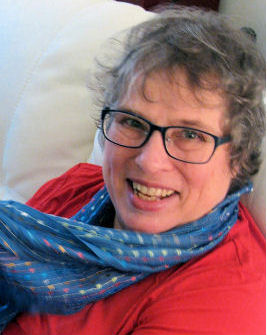 Two years ago I decided to take some bridge lessons at the Newton Bridge Club. There I met the most wonderful newer players. They took me under their wing and suffered while I learned Duplicate etiquette and laughed alongside me when I made the most egregious mistakes. While I had been a lifelong party bridge player, I needed to learn basic SAYC. So some of these newer players and I got together for lunch and a weekly bridge lesson. We were all committed to improving our game. Now I struggle to keep my bridge playing to three times a week.

Once in a sectional tournament, we were five tricks into the play when I realized I was the dummy and had not put my hand down. 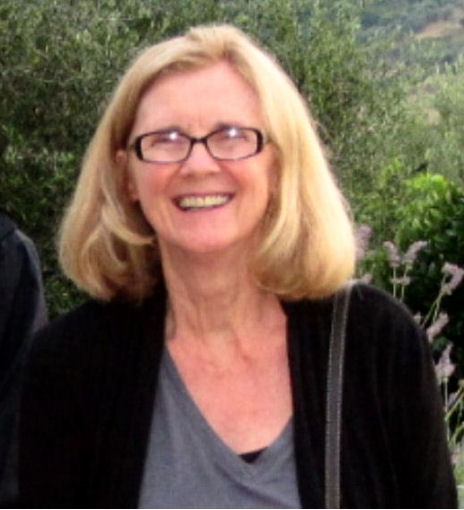 Bridge has been for me what the name implies. A bridge to a most rewarding journey.

My first game of duplicate bridge (with six lessons under my belt) was a bit of an adventuresome crossing, but Bill Kacuba reached out in help. He said he could improve my skills. I said “what skills”? Bill became my mentor, tournament partner and endeared friend, and did as he promised. He died in January of this year. I feel more than a little shaky without his support and friendship.

Thanks to you, Bill, I can now think of Bridge as a marvelous game instead of an obstacle to overcome. It has been both stimulating and calming. The focus that the play demands stimulates my brain, and the total concentration allows for no distractions. Ah - the perfect escape from life’s concerns. A friend who lost her husband and two sons in one year credits Bridge with getting her through the loneliness of grief.

I have found Bridge games wherever I travelled. When I arrive in a place, I consult the ACBL website, I have found a welcoming group of Bridge players. Their friendly compatibility is reassuring, supportive, fun and exciting. I might mention here that I married a man that I met at the bridge table.

So --just as I am feeling more comfortable, things are changing. I’m used to Standard American, but it seems that many players are using 2/1. It’s back to the books. My advice to all players, the new and the seasoned is to be flexible and develop a thick skin. Here’s the challenge. Just when you think you’ve got, you don’t. The Bridge Game becomes an adventurous journey. It’s addicting!

Last week, the hospital wanted to release my husband a day early, but I told them they would have to keep him because I’d scheduled a bridge game.

I started playing bridge at the age of nine and although I have only played sporadically over the decades, I have always loved it. In fact just next week I have a memoir coming out on Amazon called "Brave: a Painfully Shy Life" in which I point to times in my life when bridge was pivotal for me.

I finally achieved enough gold points at a regional in San Miguel de Allende where I spend the winters. It was kind of a fun group effort of a few friends to get me there. We played for five straight days at knock outs.

I just learned from a partner here about an online program called Bridge Baron ($29 App) where you actually learn through trial and error to play better. I live near the Wells summer bridge club in Maine and I find people either have only a few master points or have many thousands. Last summer I didn't play there much because I couldn't find a compatible partner. Perhaps you could help bring out intermediate players in my area so I don't just play on Bridge Baron.

I earned my final few gold points last weekend at the Hyannis Regional to become a Life Master. I was part of a team that competed in the KO Swiss on Friday, and we made it to the quarterfinals on Saturday. Having a little over 300 points, I was playing in a room filled with really good bridge players, with thousands of master points, but it was fun and we held our own for the first round, but we were knocked out very quickly after that. Still, it was great to play good bridge and know that we were not getting many gifts – our good scores were earned! We did well on Sunday in the RR Swiss and came in first in our section, so we were all quite pleased.

I have been playing bridge since 2008, when I met my now-husband and was delighted to find out that he was a bridge player. I had always wanted to learn to play bridge, even though I didn't know anything about the game. Once I started playing I was hooked - I love bridge, and love being part of the bridge community. My husband and I are also board members of the RIBA, and try to help to promote the game and champion its many advantages.

Thank you for your congratulations. I am delighted to be a member of the wonderful world of bridge! 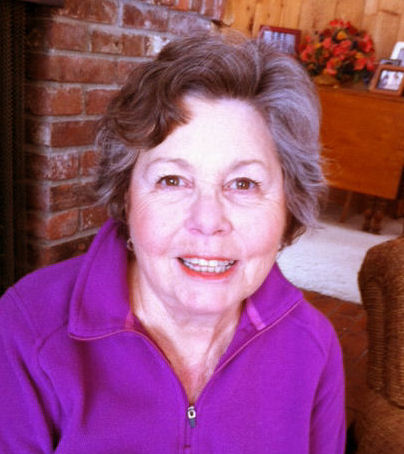 My parents were avid tournament bridge players and taught me to play when I was in college. I played bridge with my sorority sisters and then after I married and moved to Vermont, played social bridge with friends. When we were too busy with raising children, I stopped playing. However, when my 87-year old mother moved in with me, I wanted to have an activity that we could do together and I started a bridge group. I became addicted and took lessons from Andy Avery and Elizabeth VonReisenfelder. In fact my entire bridge group took lessons from Andy in the beginning. I refer to THE POCKET GUIDE TO BRIDGE by Barbara Seagram and Ray Lee and 25 BRIDGE CONVENTIONS by Barbara Seagram and Marc Smith. I review my lesson notes regularly and play Bridge Clues on the web as often as possible. I play duplicate once a week and belong to a bridge group of excellent players. I love to play and look forward to my games each week.