At the beginning of every month District 25's Director, Rich DeMartino sends out congratulatory e-mails to New England bridge players who have advanced in rank during the previous month. Some of them respond, and Rich selects a few of the most interesting ones to be posted on NEBridge.org. Below is one of his favorites from February of 2015.

Oh my goodness - Junior Master status! I had thought I would have achieved this status ages ago but apparently never registered my points, which used to come on slips of paper at the end of a tournament. 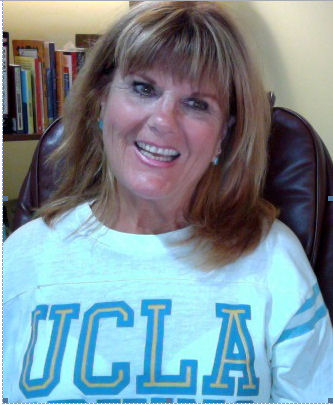 I learned to play bridge over forty years ago. When I was a sophomore at UCLA, I met and got engaged to a young man whose mother told me “If you marry our son, you are marrying into a card-playing family.” I took that as an invitation and not a threat since her first gifts to me included several Dorothy Truscott books and a plastic Bridge Bidding Made Simple table cloth. I took that bridge tablecloth seriously, and soon I was bidding and playing hands, checking the tablecloth for hints. My husband and my in-laws were not only good bridge players, they were great teachers. They celebrated my insights card sense and took my big blunders with grace and good humor. I fell in love with the game.

When I was accepted to grad school at the UCLA School of Public Health, I saw a flyer on a bulletin board advertising the UCLA student room at the Wild Whist Bridge Club in Westwood. At the time, the mid-late 1970’s, the Wild Whist Bridge Club was the largest bridge club in the United States with more than 6,000 players. Soon I was playing a lot of bridge on our bridge team in a side room at Wild Whist set aside for students. My daughter Aimee was born while I was still in grad school and we would take her to the bridge club in her little car carrier evenings when we had games. We played bridge while the baby slept.

My husband and I played at various bridge clubs and tournaments in southern California through the early 1980s until working full time and raising young children took precedence. Fast forward to the summer of 2014 when we were encouraged to try our hands at the Wilton Bridge Club that had games at St. Ann’s Club in Norwalk. Neither my husband nor I had done much bridge-playing, at least not seriously, in nearly thirty years but we tenuously went to a Monday night game on July 28, 2014. We came in dead last but somehow caught the bug.

We went home after that first night and went online to join the ACBL and get our player numbers! From dead last I would say that was pretty optimistic.

Part of what kept us coming back is that, for the most part, the people who played at St. Ann’s took our missteps at using bidding boxes and getting used to the club in stride. Our second Monday night game we moved up from dead last to second at the end of the night. We took the hands home, talked them over, my husband signed up for Bridge Lessons at Staples High School, and our course was set. We talk a lot about bidding - what I learned back at the Wild Whist Bridge Club in the 1970’s and new thinking and bidding systems.

Going to play bridge at the New England Regional in Cromwell we thought was pretty bold and a real stretch for us given how little experience we had, but we did well and have enjoyed the process. There have been moments when I wanted the earth to swallow me up as I looked at my cards, my partner’s hand as dummy came down, and I realized we were in a very bad contract, but then there’s a next hand where our defensive communication is spot on.

Coming in first here and there is quite intoxicating. Getting your e-mail was so nice. We plan to keep on playing and, most important, we intend to keep our promise to each other not to say anything to our partner that we wouldn’t want our partner to say to us. Selective memory is key: remember to lead partner’s bid suit and not his failure to take that finesse.

We are just learning our way around District 25, so we basically know nothing. We went to Cromwell, which was fun after the first day that is. It was a bit intimidating and confusing to register and get to the right place, but the second day was better. Same with playing in Hamden. Most of the other players we have met in the past few months have been friendly and encouraging, and we hope we’ve been good opponents for all the folks we’ve played with.

We are looking for more places to play near where we live (Fairfield County) and so far it seems we are on lots of e-mail lists. Thank you for asking!