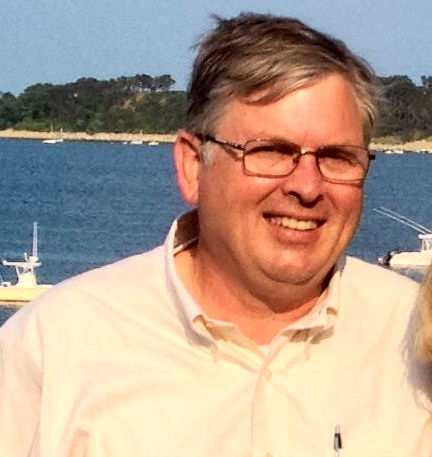 New Englanders had another amazing showing in major events at the recently concluded North American Bridge Championships in Chicago. Franklin Merblum of CT quickly joined the ranks of Grand Life Masters, as his masterpoint total surpassed the 10,000 barrier. Having previous wins in NABC+ events, this was just a matter of time for Frank, but what was truly extraordinary was the 1st-place finish of the all-EMBA team (John Hrones, Bill Irvine, Rena Lieberman, Bob Lurie, Mel Marcus, and Haven Sharaf) in the Senior Swiss. They won the event by a tiny margin in a nail-biter finish! It was the first NABC+ win for each of the players on the team, and with the win, Mel Marcus and Bill Irvine also became GLM’s.

From Worst to First!

Pat McDevitt and Rich DeMartino actually ended the first day of the Wernher Open Pairs just missing the cut, but were invited back after some cancellations. They had two solid rounds in the finals to finish 6th overall.

Not to be outdone, Andrew Chesterton of Winchester, MA and I qualified for the final day of the Wernher Open Pairs with only 2 matchpoints to spare, but we bounced back with two big final sessions on the final day to miss 3rd Overall by a mere 4 matchpoints on a 77 top!

Saving the best for last… Paul Fireman from Chestnut Hill, MA finished the NABC with a 5th Overall finish in the Roth Open Swiss. Earlier in the week, he won his second NABC event with a different squad– even though his team didn’t even qualify the first day! An overnight scoring correction enabled Paul’s team to sneak into the finals of the Mixed Board A Match Teams, and despite having no carryover, his team went on to finish 1st overall.

So, You Don’t Think Overtricks Matter at IMPs?

Allan Graves of Saint Johnsbury, VT finished in a tie for 5th in the Spingolds. His team lost by a single IMP in an extremely controversial appeals ruling that moved his team from winning by 1 imp to losing by 1 IMP to the eventual champions. This is now the second Summer NABC in a row that has featured a questionable appeals ruling that has resulted in a top New England player losing a major event by a single IMP. Last year in Las Vegas, if you recall, Kate McCallum’s Wagar Women’s Team lost to China Red by a single IMP after a bizarre ruling. This year, the indomitable Kate McCallum added another Women’s Team Championship to her trophy case. This time her team won by a single IMP!

Attendance in Chicago was good, the weather was fine, the hospitality was excellent, and the city was beautiful. Look for the District Director summary of the NABC on the district website. (www.nebridge.org )

Mentoring is one of the essential keys for the continuity of our great game.

I was excited for all of our D25 Champs in Chicago, but especially so for John Hrones, Jr. of Needham, MA as he was my initial bridge mentor more than 45 years ago, while I was just a 19-year old sophomore at MIT, and he had already finished his Master’s at Michigan. Like so many players who are joining our ranks today as ACBL members, John took a thirty-year hiatus from the bridge to devote to raising his family and furthering his career. I thought it especially fitting that John and I should win our first National Championship in the same year.

Hats off to all the great mentors we have in our District. Due to space constraints, let me mention just a few. Don Caplin has a complete farm team of juniors he has been developing. He played in the GNT Flight A and won our district with 15-year old Daniel AlbertRosenberg this year. In the past, Don helped groom 18-year old phenom Zachary Grossack, who won the NABC+ Fast Pairs with his older brother Adam by 4 full boards last summer in Las Vegas.

Alan Applebaum is a truly great player who has made it to the finals of the prestigious Platinum Pairs on more than one occasion. His greatness in skill is even more magnified by all the generosity and kindness he has demonstrated through his great work with juniors.

Jane Verdranger opened her Eastman Bridge Club in Grantham, NH a few years ago, and she has been doing a fabulous job recruiting, teaching, and retaining new players. Her work has contributed greatly to our District’s recent top ranking in the ACBL for percentage of new members.

If you have other stories of great mentors that we may share, please send them my way.

I Love It When A Plan Comes Together!

A fabulous suggestion from top expert John Stiefel of CT has inspired a major initiative aimed at improving the participation of Flight A players at our Regionals. We’ve had a huge response to what I have dubbed “The A-Team”. For example, Jim Rasmussen of EMBA has suggested that Flight A pairs team up with rather promising Flight B and C players to help increase the number of teams and the level of excitement around our top bracket of the Fri-Sun Kos’ and the various CKO’s. This is a strictly voluntary arrangement that a number of teams will be trying in upcoming D25 Regionals – starting with Warwick. There are a lot of other ideas under consideration, and we’ll be using the organizational framework of “The B’s Needs” to prioritize and execute a number of new ideas in the months and years ahead. The B’s Needs Committee will still be in place, with an immediate emphasis on reaching out to the new Flight B and C players who joined us for “The Egg” last year.

Several months ago, at the suggestion of the Board of Delegates, I asked Dick Budd of Maine to organize and lead a team consisting of players across the district to come up with ideas and plans to address longer need financial and tournament plans. This team should have detailed recommendations to present to the District Executive Committee in Mansfield.

We’re expecting a great turnout at the last two regionals on our calendar this year. Make your hotel reservations early as the attractive bridge rates will be gobbled up quickly. Don’t forget our Expert Panel and Guest Lectures. The panels are now regularly conducted on Wednesdays at our longer regionals between sessions, and our Friday Lecture will be held on Friday morning at 9:15 AM. The panelists for Warwick will be Harold Feldheim, Glenn McIntyre, and Bob Lavin. The Friday morning lecturer will be Bob Lavin.

Hopefully, you have all by now had a chance to earn your qualification to the North American Pairs District Finals to be held over the weekend of October 17-18, at Sturbridge Host Hotel, Sturbridge, MA . Flight A and B will consist of a full day qualifying round followed by a final day of competition on Sunday. Flight C will be a 2 session final only on Saturday. This year, four pairs will qualify in all flights for the NABC Finals in Reno, NV in March 2016. (We get an extra flight A qualifier because Shome Mukherjee of Randolph, MA and I finished 1st Overall in the National Finals in New Orleans this past March)

Last But Not Least!

Start making your plans now to play in the 72nd consecutive and last ever New England Regional Individual in Newton, MA. January 8-10, at the Newton Marriott.

See you in Warwick!