At the beginning of every month District 25's Director, Mark Aquino, sends out congratulatory e-mails to New England bridge players who have advanced in rank during the previous month. Some of them respond, and Mark selects a few of the most interesting ones to be posted on NEBridge.org. Below are a few memorable ones from February of 2016. 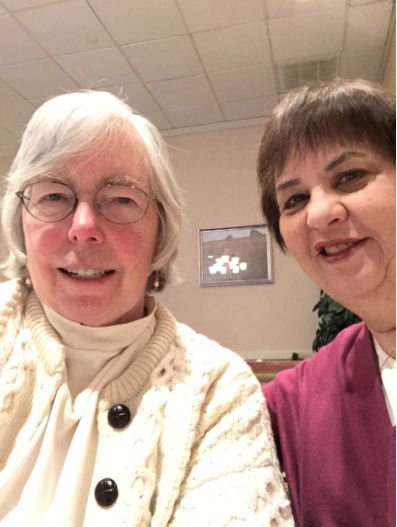 When we moved to Cape Cod in 1993 I joined the ACBL and enjoyed playing once a week in Orleans. I wasn't particularly interested in going off-cape for tournaments. But thanks to my friends, Claude and Otto Danner, I  was persuaded to attend the Cromwell,CT tournament for several years, playing with a team that also included Nancy Shactman, who was keen on achieving Life Master status.  Everyone was very happy when both Nancy and I finally did it. 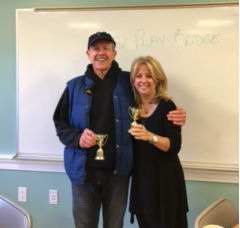 I returned to Bridge after a forty-one year hiatus, during which I didn't even play a social game. I returned this February and have had good success thanks to three factors:
1) A fabulous smart and steady partner in Kimberly Smith,
2) A welcoming and educational environment provided by Come Play Bridge in Westport, CT, and
3) Insightful instruction from Robert Rising and my fellow members in his study group.

I've attached a picture of me and my exceptional partner, Kim.

It's embarrassing to say how I got 10,000 since I have not played a table ACBL since the 2009 nationals when I had about 2,000 points, maybe not at the table even at Richard's house. The 15 table instant games are best where I average about .50 points and 35 minutes per tourney. BBO encourages them since you can't cheat at them, though you might have been cheated in the comparisons made in the past. The other robot games you might have been able to register twice, maybe with a different browser and get a wire from the first identity. I haven't even played speedball for two years. I don't know if the Bulletin will want my picture but I have none. I might be able to get Richard to snap one. 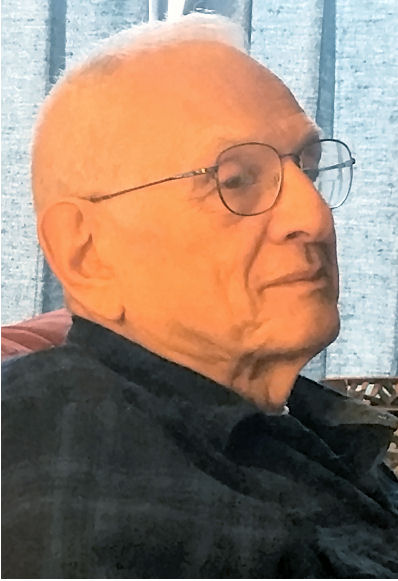 Thank you for recognizing my recent Regional Master status. It was a long time coming, and I enjoyed every minute of it.

Like so many others I started playing bridge noon time at work and got hooked. However after changing jobs several times, traveling and with a large family my bridge playing was for years reduced to pick up games at friends' homes until an ACBL club was formed in Nashua. A that time I joined the ACBL, began talking seriously with other players, reading about the game and playing in every game I could.

I soon will be eighty years old and am looking forward to many more years of bridge and and in attaining the next level of achievement. Regardless of your age don't give the game up.

Not only is the game great but there is no better way to make friends and keep your mind sharp.

Again thank you and keep the game going. 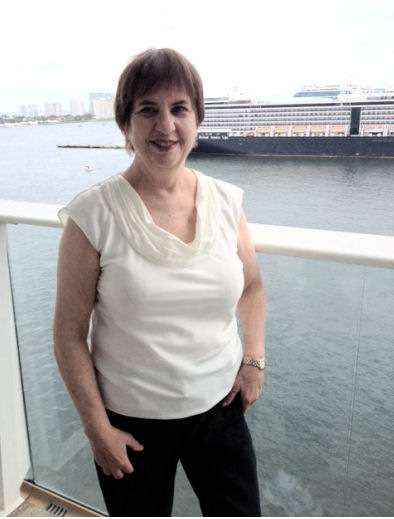 My journey to Bronze life Master Status began in 2008 when a friend invited me to a duplicate game to play with her. I joined the ACBL and basically fell in love with the game. My first tournament was the Nationals in Boston that year – earned some red points and have been playing in tournaments and club games ever since. In February of 2016 at the Cromwell Regional Tournament I earned Bronze Life Master Status.

My thanks to all the life masters who have played with me over the years and to my teammates who have helped me to reach this goal. The gold rush and 0-1500 Swiss are a great addition. It would be helpful to have a gold point opportunity at the club level , something similar to STaC week, so that non-Life Masters would have another chance for gold points.

I will continue to play, learn and to help others. Such a great game!