At the beginning of every month District 25's Director, Mark Aquino, sends out congratulatory e-mails to New England bridge players who have advanced in rank during the previous month. Some of them respond, and Mark selects a few of the most interesting ones to be posted on NEBridge.org. Below are a few memorable ones from players who advanced in July of 2016. 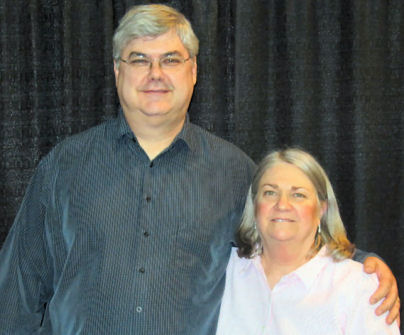 I share my story with my wife, Susan. We met at a bridge party in Phoenix, AZ, in 1983 and have been playing as a partnership ever since. We put our games on hold for about 25 years as we raised our family and came back to the game in 2011.

We were fortunate to find a wonderful group of people at the Hartford Bridge Club that got us playing again. We then were lucky to start playing team games with Bob and Shirley Derrah through southern New England sectionals and regionals. We had a great deal of success playing in the B events and even some open events. One highlight was playing in the North American Swiss Teams at the Providence Nationals with Bob Donald and Diane Burger, a NY couple we picked up as teammates. We made it to the overalls and earned 24 Platinum Points.

We also started playing in the NAP's and the GNT's. This year, we won the GNT Flight B D25 qualification with two Boston area players, Greg Chang and Syed Amjad. We scheduled a trip to Washington DC with the intention of staying through Sunday. Unfortunately, our team had the ability to compete but we all underperformed, losing a tie-breaker for the last spot to move to the knock-out round. Our teammates headed back to New England, so we decided to play in the Bruce Life Master pairs, a six session National event for players with less than 5000 MPs. With some luck and an improvement in our game, we won the event. The 75 points was just enough to push me over 2500 MPs to become a gold life master.

I have been very fortunate in being able to play bridge well with my wife, a compliment to both of us in not letting the competitive nature of the game have an adverse affect on our relationship. Additionally, the efforts to have people play nice has added to our enjoyment, and the wonderful people we have met both as teammates and opponents continues to make it a pleasure to sit down and enjoy a round of bridge.

Playing bridge has been fantastic. It is an opportunity not only to challenge yourself intellectually, but to meet so many wonderful people. In order to earn points more quickly, I started attending tournaments last year. Total enjoyment!!

As for suggestions:The system seems to be skewed to the top. The lower levels must battle for, sometimes, less than 1 point per game, while those at the top earn dozens for each game won. It can be discouraging!
As for our district, we need more opportunities to earn gold points.

Thanks to my ninety-one partners and countless teammates and opponents for making the last few years so enjoyable.

My favorite aspect of these replies is the glimpse they sometimes provide into the players’ backstories. For example, I was a debater for eight years in high school and at the University of Michigan (where I majored in “no papers”). I was then drafted into the army where I served as an MP (mostly typing) and a clerk in the Intelligence Office at a top secret base. I was an actuarial student for two years, After that I coached debate at the collegiate level for 7.5 years, and then I ran a computer software company for thirty-five years.

My biggest complaint is that the ACBL partnership software is so horrendous that almost no one is using it in our district. As of this writing there are zero partnership requests for Warwick. Jay Whipple’s software was much better.

A Herculean effort is required to engage young people in our game. We cannot depend upon generation after generation of empty-nesters to populate the clubs. Many of the young people with whom a group of us worked at Duggan Middle School in Springfield, MA, did not even know the names of the suits. Only a few had ever played a card game at all, and only one knew what a trick was. When these people become empty-nesters, they are not going to think about bridge unless they are at least introduced to the game now.

There is no easy solution to this problem, but I strongly feel that everyone who can help should do as much as possible. The most important (and difficult) step is to gain access to the students.

Finally, I hope that more of the club players, especially in the Hartford area, can somehow be persuaded to attend more tournaments and to get involved in running the units and the districts. My enjoyment of the activity has increased in proportion to my involvement.