At the beginning of every month District 25's Director, Mark Aquino, sends out congratulatory e-mails to New England bridge players who have advanced in rank during the previous month. Some of them respond, and Mark selects a few of the most interesting ones to be posted on NEBridge.org. Below are a few memorable ones from players who achieved a new rank in June and July of 2017.

After many years of playing party bridge, I decided to try duplicate bridge and, much to my surprise, thoroughly enjoy competing. I am active in two bridge clubs in my area, and during a yearly vacation to Hilton Head, SC, I take lessons and play in a fantastic bridge club. I have met many lovely people at these clubs and find it is so easy to start new friendships just by mentioning the fact that I play bridge.

Thank you so much for my award to Club Master and all the wonderful work you do in promoting bridge. I just love the game!!! 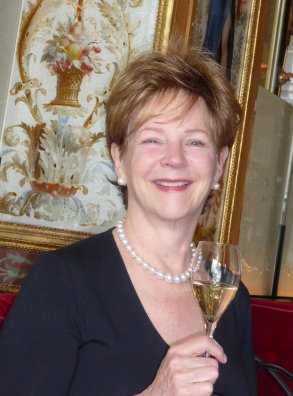 My bridge story is in two acts. My father taught me how to play bridge when I was about 16, and I was immediately enthusiastic about the game. When I went off to college a couple of years later, bridge was my ticket to social acceptance, as the upperclassmen were always looking for a “fourth.” I had lots of fun playing all through my college years, and continuing into my twenties when I moved to NYC. After a few years in NY I became discouraged when I realized that I would never be a great player, stopped having fun trying, and gave it up. I was working, then got married, had kids and thought that bridge was over for me.

When I retired in 2005 and moved to Maine, I explored several new pastimes, including filling in as an extra at social bridge games. I then joined the ACBL and started playing in local duplicate clubs, meeting people, and working on my game. About eight years ago we moved to France and I continued playing there. I joined the Federation Francais de Bridge, learned their system, their language and met many local players. I have enjoyed some nice success, including twice qualifying to go to Paris for the finals of the Ladies Pairs in my division. (See attached photo from that trip.) In recent years we have split our time between Maine and France, and playing bridge has emerged as my passion in the 12 years since first coming to Maine. I have traveled to many locations in France, the US and Canada attending tournaments, making friends and having fun. Becoming a Life Master is an accomplishment that I am proud of. I no longer get discouraged about a lack of talent. Bridge is a game that is fun for players of every level—I do the best I can (which isn’t bad,) work hard at improving all the time, have fun playing all over the world, meeting wonderful partners and making fabulous new friends. Bridge has enriched my life enormously. I hope that the game can continue to thrive. 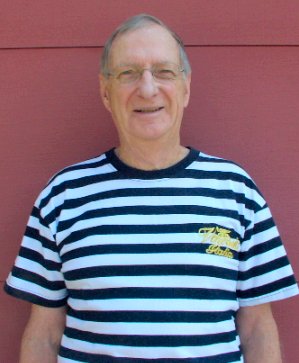 I learned to play Bridge in the early 1950's while kibitzing my parents & maternal grandparents as well as the social Bridge games when my parents entertained or when my mother hosted her afternoon Bridge club when it was her turn. I was fascinated by the game and soon became a fill-in on those afternoons/evenings and a regular with my parents & grandparents as we rotated partners among the five of us.

I played Bridge with high school friends & their families and continued through college. I was introduced to duplicate when Al Kamin became the Information Director at Bowdoin College in 1961. My roommate Artie Omand, Jr & I became a great partnership and won many of the weekly tourneys at the Moulton Union through our last 3 years. Thinking we were hotshots, Artie & I traveled to Bangor to play in a sectional tournament. We ended up dead last. Besides the weekly duplicate tournaments at the college, there was an ongoing Bridge game in one of the back rooms of the fraternity. The games usually continued far into the night & early mornings with brothers coming and going throughout. Needless to say, my grades suffered as a result.

Following college, my wife Marsha and I played social Bridge with friends. We tried a few duplicate games, but Marsha was not as enthusiastic (er, competitive) as I, so, while our marriage was a match made in Heaven, our Bridge partnership was far from it.

At work, we could usually find 4 to play during lunch hour. I have to tell one true Bridge story. One evening, at a workshop at the Bethel Inn, 4 of us were playing Bridge in a corner of an outside screened-in area that served as a bar, dance floor, & dining area. A skunk arrived, instantly clearing out the "room." Guess what! Yep, you got it--the 4 of us just kept on playing with no one else in sight other than the skunk who wandered around & eventually left the premises.

Other than the lunch time Bridge games, I did not play much Bridge for 15 years, but I was a daily reader of the newspaper Bridge column. In the late 1980's I learned of a duplicate game in South Portland on Friday evenings. Trying it out, I finished 3rd with a pick-up partner on my first evening and was instantly hooked. I developed a regular partnership with Kit Liller and, among some sectional & regional wins, we won a Flight C Swiss event at the Boston National (1990?). We both became Life Masters in 1995 and also won the State of Maine Pairs Championship in the early 2000's.

I continue to play 2 times per week + sectional tournaments & an occasional regional. Aside from Kit Liller whose 20-year partnership I truly treasure, I would like to thank Dottie Kelleher, Dick Budd, Larry & Kassandra Barbour, Allen McRae, Dave Magee and Roland Miller (the latter with whom I won another State Championship in 2011) for their guidance & fellowship. I hope to play for many more years at a game that provides constant challenges and good gamesmanship.

Regarding what the District could do to improve my Bridge experience, the only thing that comes to mind for me is to hold another Regional in Maine. The one that was held in South Portland over 10 years ago was successful. One of my highlights at that tournament was playing against a couple of fellows you might have heard about--Bobby Hammon & Mike Lawrence. 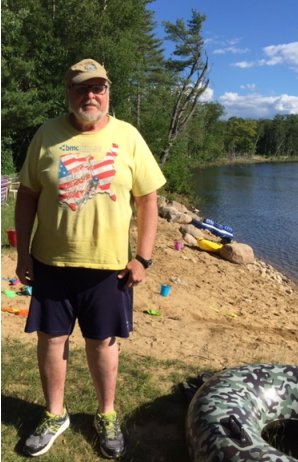 What a journey it has been. It all started when I joined a local bicycle club. One of the riders (Barry Lewin) introduced me to duplicate bridge. Our first game was at the Cavendish Club in Brookline, MA. That was my first time seeing a convention card, bidding boxes and cards in these funny trays. With Carl Salinger providing us “newbies” lessons I as well as many of us were hooked. I got a small slip of paper and it had something like 38 written on it. So I thought that was 38 master points so becoming a life master was going to be easy. Then I found out it was only 0.38 master point-so I had a lot of work to do.

Playing in club games and tournaments over the years I have a lot of great (and not so great memories). A few of these include:
• Going 8-0 in a Swiss match
• Going 0-8 in a Swiss match (Ugh!!)
• Being passed by my partner when I did my first splinter bid
• Getting my first gold points at the Individual Tournament in Newton
• Playing in my first open game and making every “rookie” mistake including playing my ace and dropping my partner singleton king. My partner who will remain nameless was quite upset.
• Becoming Gold Life Master and a surprise party at the Bridge Spot (thanks to all who helped put this together)
• Winning events in NABCs (I still have my turkey from Boston tournament hanging in my car)
• Bidding a grand slam (twice) when my partner cue bid the ace of diamonds but only had the king. Both times we made it since opponent on lead did not have the ace.
• Driving through sleet and freezing rain to get to Cromwell in time to play bridge
• Playing in a tournament in northern Vermont after gathering, cutting and splitting firewood for Al Muggia’s cabin
• And enjoying many a great meal with my partner, teammates, etc.

So thanks to all my past and current partners, teammates and, of course, my opponents for letting me reach this milestone. Now, it time to aim for Diamond Life Master.