At the beginning of every month District 25's Director, Mark Aquino, sends out congratulatory emails to New England bridge players who have advanced in rank during the previous month. Some of them respond, and Mark selects a few of the most interesting ones to be posted on NEBridge.org. Below are a few memorable ones from players who achieved a new rank in the spring of 2018.

When I started collecting masterpoints 25 years ago I never dreamed I would have nearly so many. I was just looking to return to a pastime I had really enjoyed when I was in college, looking for diversion from classes and the elusive chase for willing women. 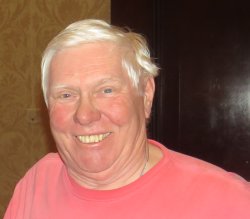 Thinking about your request for a story, I thought a bit about my life at the table. I have plenty of memories of hands, defenses, and fun (sometimes funny) experiences at bridge, but what really struck me was how my life has been changed by bridge players and personalities. I remember looking in the Yellow Pages for a bridge club, finding the Cavendish Club in Brookline. I wondered if it was the same club I had played in at Longwood Towers, and called. I got a cheery hello from Bill Levin, the former owner/manager of the Chess Club, on Beacon Street in Brookline. I was already hooked.

One year later, I met Ellen Dilbert, first as an opponent, then partner. We are still partners in all ways, about to celebrate our 19th wedding anniversary. Nearly all of our friends are people we met at bridge. While we are not by any means daily players, we live in a social milieu entirely dominated by bridge. Playing well, even winning in club or tourney, is nowhere nearly as important to me as the bonds established through our long participation at the table.

I have met bridge players who have irritated me, angered me, or otherwise made the game unpleasant. However, the ACBL together with the club directors have done an admirable job in lessening these poor experiences, much to the betterment of bridge. I look forward to being able to play wherever I may find myself, and for that I am extremely grateful.

My story is a common one. I started bridge in college but stopped playing after college as life got in the way. Now in retirement about two years ago I returned to the game and had the good fortune to come upon Joe Grill and 7 No Trump in Stamford. He runs a class operation, and I look forward to going almost on a daily basis. This has had a lot to do with improving my game.

My experience with bridge goes back to 1971. I was attending WPI in Worcester, Mass, and my fraternity brothers and I started playing cards We moved from pitch to pinochle, and finally my roommate, Sam Cuscovich and I decided to tackle bridge. Obviously, we started with Standard American, but somehow we came across the original Precision System by Charles Goren. So we started to learn it. We joined the ACBL and found a duplicate club in Worcester. Sam majored in Math, Physics for me. How hard could this game be? After a couple of games we came home with our tails between our legs. 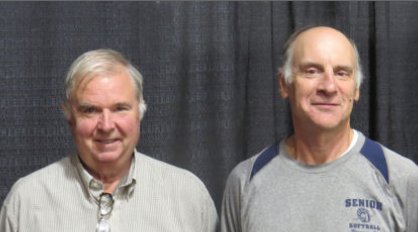 Anyways, we graduated and moved to Connecticut. Sam was working in Hartford and I was in Grad school at UConn. We started playing on Saturday afternoon in Manchester, and I found another partner at UConn whom I converted to Precision. We played quite a bit for a couple of years until he graduated, and I moved to Mystic where my wife had a teaching job. I dropped my ACBL membership and only played party bridge a couple of time a year for 30 plus years. An old friend of my wife's called and asked if I would be interested in playing in a duplicate unsanctioned game in Groton. I said yes, and showed up one day. What were the those funny looking boxes on the table? I never had seen them before. So I played a couple of years in the unsanctioned game, and then went to my 40th year college reunion.

I met up with Sam and found out we were both retired. I asked if he was interested in playing again, and we agreed to find a club in eastern Connecticut. Waterford was the best location, and we met for breakfast to discuss bidding. We decided to use our original Precision system, no changes from the original book. Then I emailed the Masterpoint group of the ACBL headquarters and asked if I could get my old masterpoints back. I gave them my old address and they quickly responded. Rejoin, and they would restore my old 105 masterpoints! I was impressed. Back then you had mail in paper slips the director gave you in the following week.

So Sam and I started playing weekly and in New England sectionals and regionals. We did well in Gold Rush tournaments and I quickly got all the gold points I needed. As it turned out I was short silver points to make Life Master, and finally got enough in the Johnston, RI sectional. So in about four years I picked up the 200 points I needed. So, after a 38 year retirement from bridge, I finally made Life Master!