NEBridge - The Buzz for September 2018 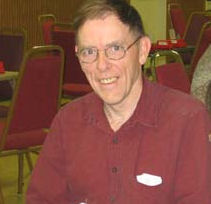 The Buzz for September 2018

A deal from the 2018 Warwick RI knockout finals.

I was playing in the finals of the weekend Monster Knockout at District 25's 2018 Ocean State Regional in Warwick, RI. On my left was Doug Doub, winner of several national titles and a bronze medal at the Olympiad. On my right was Yiji Starr, a fine Flight A player in her own right. They play 12-14 notrumps. At the other table, Russ Ekeblad would hold my cards. Russ has won so many bridge events I can't find room to list them all. My partner was Rick Binder. The match was very close when these cards were dealt. I've switched the deal around to make South declarer. 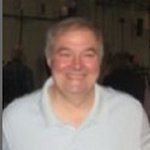 Doug led the ♣Q denying the ace or king, ruffed in dummy with the ♥8. I called for the ♥2, and Yiji played the ♥3. I knew Doug didn't have 12-14 balanced because he would have opened a weak notrump. I doubted that he would have jumped to 5♣ with two losing hearts, or that he was void and hadn't cue bid 4♥. No, Doug surely had a singleton heart, plus AQ in both spades and diamonds. Yiji had doubled so as not to invite slam. Doug's most probable distributions were 4144, 4153, and, less likely, 3154. The good news was that 5♣ had been cold on those layouts, so we had done the right thing. The bad news was that I coudn't be making 5♥ doubled, as Doug would sit and wait for his ♦AQ. 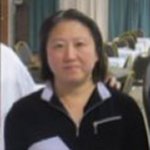 The problem was how to get out for -100 instead of -300. Assuming Doug had ♠AQxx,I would need to lead twice towards dummy, then ruff a spade to hold it to down one. I would need two entries plus a higher heart than Yiji's or she would ruff up on the third spade for 300. Doug's singleton could be the jack, seven, or four. They were all equally likely a priori, but the bidding seemed to make the jack the least likely because Yiji had doubled me with no defensive tricks. She might think twice about that if she had no trump high enough to bother me with. Still, the jack seemed like the tiebreaker, so I went up with the ♥Q. That proved fatal because the full deal was as follows.

Try as I might, I couldn't escape for down one after the first two tricks. I led a spade up, Doug rose and played another club. I tried a diamond, but Doug cashed two of those while Yiji completed an echo in spades. Then Doug gave her a ruff. No other line would have held it to down one after the second trick.

At the other table, our teammates bid 6♣ doubled, which Russ Ekeblad defeated with an excellent killing trump lead. 200 and 300 meant 11 IMPs away on that board, and we lost the match by only two. Had I got out for down one by finessing the ♥6 at trick two, I would have lost only 7 IMPs on the board and won the match by two IMPs.

I am now told it's my fault we lost, because it was a clear bridge error not to finesse the six. Yes, Doug's singleton ♥7 and ♥4 were equally likely a priori, but since it is clearly wrong for Yiji ever to play the 7 or jack from a three-card holding, her ♥3 was retricted from J73 but not from J43, when she might play the ♥4. So Doug's singleton ♥4 is twice as likely as his singleton ♥7. I'm not sure I buy it. Do you?