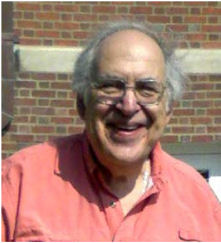 When confronted by a near hopeless-looking contract, the enterprising declarer will take an optimistic view, hoping for a near-miracle lie of the cards. On the other side of the coin, when confronted by a cast-iron looking contract, our same declarer will look for hidden dangers that may sink the contract; hence, optipism; a word I coined in ‘Winning Swiss Team Tactics’.  This idea of early planning often reaps surprising dividends.

The auction is both businesslike and accurate. I particularly like the jump-shift by South. Despite holding only 15 hcps with a spade void, this 4 loser hand should be advertised. After fixing the trump suit, cuebids followed by the grand slam try propelled South to 7♦.

South surveyed his prospects with confidence. With five diamonds, five hearts, and the ace-king of clubs in hand, the task seems no more difficult than ruffing a club in dummy for the 13th trick. At this point, optipism should kick in. What can go wrong?

There are two possible dangers. First, what if West started life with 4 diamonds and a singleton club? The second is a 5-0 heart split. This last can be handled later via normal technique. The first possibility is a bit more difficult but solvable by a dummy reversal. Believe or not, the key play is the ♦4 from the dummy! If East follows at trick one, pull trump and ruff a club for the fulfilling trick. If East shows out, carefully play the deuce from hand. Then ruff a spade with the ♦K and lead a small diamond to dummy, winning as cheaply as possible. Trump another spade with the ♦Q and pull trump. Now thirteen tricks are there; six diamonds, five hearts and the ace-king of clubs. This ability to anticipate trouble and convert a very good contract to an absolute certainty is a hallmark of the true expert.  The complete hands:

One fascinating point; as the cards lie, if you don’t play to trick one as indicated, the hand becomes awkward and painful. Bridge should never be thus.