At the beginning of every month the Regional Director, Mark Aquino, sends out congratulatory emails to New England bridge players who have advanced in rank during the previous month. Some of them send responses, and Mark selects a few of the most interesting ones to be posted on NEBridge.org. Below are a few memorable ones from players who achieved a new rank between October and November of 2022.

I played bridge in college. After graduating from Queens College, I taught for several years before my first son was born. Resuming my career after my children were born, I joined the computer industry working her way up from programming positions into management before I retired. My husband, Barry, and I have three sons, 8 grandchildren, 4 great-grandchildren with 2 more due in April and a 13-year-old “designer mutt”, Zoey, a cross between a Bichon Frise and a Papillon.

For many years I ran a marathon group of bridge players in Trumbull and Shelton. I joined Newtown Bridge Club in 2016. There I re-met Susan Fronapfel with whom I had worked for several years and began to play duplicate. My regular partners are June Steigler and aureen Gordon for online and in-person games. I am competitive and like to win, but I don’t let it bother me when I don’t. I enjoy bridge because “It gets you out socially, keeps your mind alert and exercises your brain!”

One item would be more opportunities to win silver, etc. I needed .02 silver, a ridiculous amount and not many ways to close that gap.

The other thought would be to have STaC wins available somewhere.  It’s been almost a whole month since the game and the CTBridge.org website was not working. 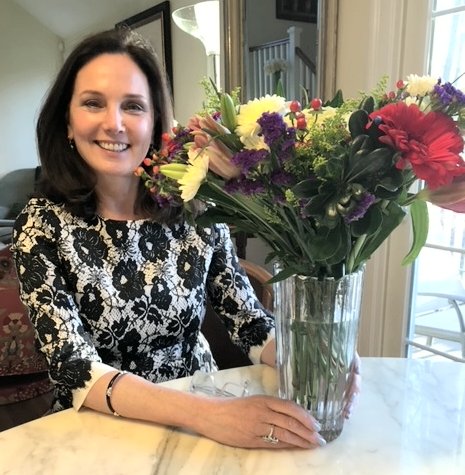 I started playing bridge when I retired 11 years ago.  My life had always been about work and family with very little time for me, which is not unusual for a working mom.  I was lucky to find my first bridge teacher, Karen Barrett, who taught bridge to beginners in Darien, Ct. She was patient and encouraging.  It was there where I met my regular and steady partner Meredith Stravato.

After playing together for years, Meredith and I were approached by world class bridge expert Richard DeMartino of Riverside, Ct., who graciously offered to mentor us. He was impressed by our strong desire to learn and he wanted to give something back to the bridge community.  We couldn't believe our lucky stars.  Rich has been our mentor/teacher for the last 4 years and what we have learned is immeasurable.

It was during the pandemic, with limited activities, that I earned most of my points playing on BBO. I got my Life Master and Bronze Life Master awards simultaneously, in Providence, RI. And 2 months later I earned my Silver Life Master award.  I'm very proud of what I've accomplished and learned, and especially fulfilled by the friends I've made along the way. 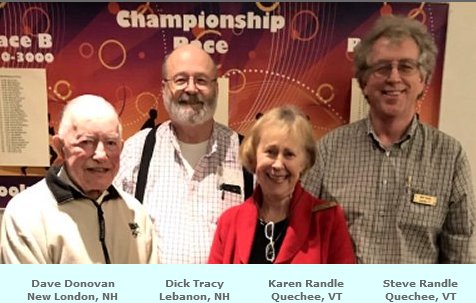 Most of my life I played non-sanctioned social and team duplicate games. I did join ACBL back in the sixties and earned about 60 master points in local games in New Jersey, before dropping my membership due to work and other constraints.

When I retired to NH, in 1996, I started playing again in a non-sanctioned weekly game in New London run by Ted Fulton. There I met many nice people who were also good bridge players. I still continue to play in that game every week.

About 10 years ago I was introduced to the Eastman Bridge Club run by Jane Verdrager. There I met more nice people who were also good bridge players. Since Eastman is a sanctioned game, I rejoined ACBL and became grandfathered under the old rules for Life Master at 300 points. While at Eastman I formed a partnership with Dick Tracy, among others. After a few games with Dick, he told me, "You should be a Life Master". I thought that would be impossible at my age, but Dick persisted and convinced me to play with him in some sectional and regional tournaments. We did pretty good and won an open pairs regional at Warwick for some gold. Then, just before the pandemic, we got more gold by winning the team of four event at a regional with Dick, Karen Hewitt, and Steve Randall. That put me over the top for Life Master.

Since then, I have played mostly on line in an assortment of tournaments, playing with many partners, but especially Dick Tracy, who has been instrumental in my success. 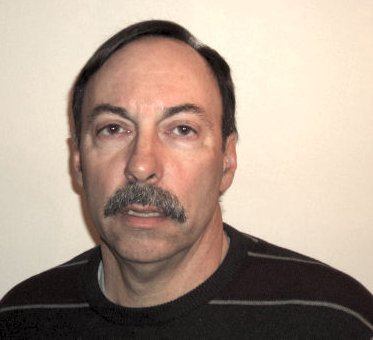 I learned bridge in college in 1976 but did not play duplicate until 1981. I began in local clubs like most people. I started playing in area Regionals and some Nationals in 1984 and have had modest success ever since, slowly accumulating Masterpoints. My most successful partnership has been with Larry Bausher of CT since about 1990. He was happy to play the relatively simple strong club system that I developed and we've been playing it with few changes ever since. I do have a published Lebensohl variant that some top players have adopted called Advance Lebensohl which is essentially a transfer system after one notrump interference. I intend to continue playing bridge going forward when I'm not playing golf which has been my main hobby for many years.