At the beginning of every month District 25's Director, Mark Aquino, sends out congratulatory e-mails to New England bridge players who have advanced in rank during the previous month. Some of them respond, and Mark selects a few of the most interesting ones to be posted on NEBridge.org. Below are a few memorable ones from players who advanced in May and June of 2016. 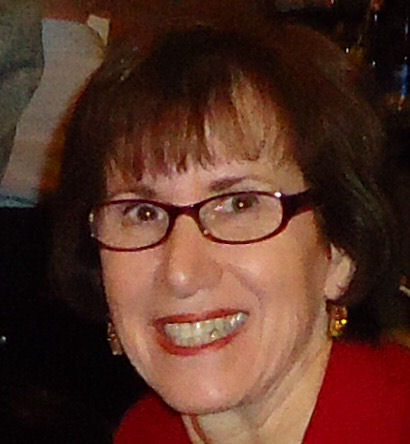 Although I have played bridge since I was a teenager, I took lessons and have played at the Bridge Spot in Woburn for about 5 years. The people have been very welcoming, and I no longer feel nervous being there. The 299er games on Friday are especially fun now that I feel part of the group.

My goal is to play more before trying to learn any further conventions. I have two regular partners and that is a big plus. Also being able to review the hands, bidding and scoring on line is a wonderful learning tool which I use each time I play.

One needs to be proactive in all aspects of one's life. I feel that the club and the organization functions well, and if I put more time and effort into it, I could achieve more. For right now slow progress is fine for me. I enjoy the monthly magazine also.

Clayton (far right) and his teammates qualified to represent District 25 in the Grand National Teams in Washington in July.

My story is a little different and might serve to inspire others.

After 4 or 5 years of playing duplicate bridge in the sixties I gave up bridge to raise a family and pay attention to my career. Eight years ago I returned to play at the Grafton Bridge Club in Grafton, Ma. I was fortunate to find Emily Gardner of Holliston, MA, who became my regular partner and agreed to play a modified version of the K-S system that I played in my former bridge life.

Because I kept no record of the master points I had earned 40 years ago, I had to start over collecting most of my points locally while attending Regional and Sectional tournaments in MA, CT, and RI.

Duplicate bridge has provided me with hours and days of enjoyment while meeting a lot people who enjoy the game as much as I do.

P.S. I have served on the board of our club for several years. I am concerned that our attendance is slipping and we seem unable to get more than four tables compared 6-8 tables a few years ago. What advice or assistance can you provide that might help us?

Thank you so much for your very nice message. I am just thrilled to be a Life Master but will not be forwarding any story or picture.

I think that bridge is such a wonderful game that has so many merits. Good news is one can never stop learning and the game is always full of so many surprises both good and bad. 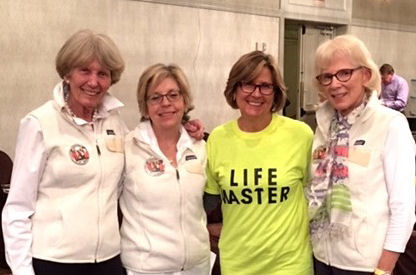 I have attached a photo of myself (in the neon shirt made by Sue, at the far left!!!) with my loyal team taken after they helped me achieve Life Master in Hauppauge, Long Island, in May. I love these ladies and I love bridge. I would not have known them were it not for this crazy game. Bridge has greatly enhanced my life, emotionally and mentally and made me a better friend and person too.

Thanks for giving me the opportunity to share my story, 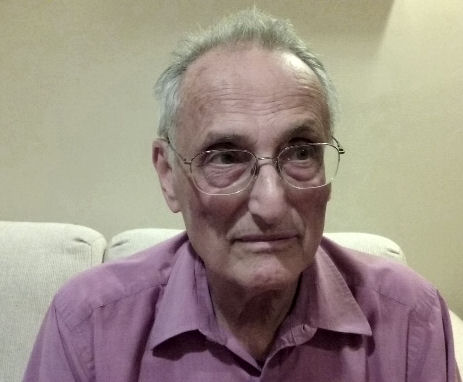 I am happy to have become a Ruby Life Master, which is a milestone in my bridge-playing career. I started playing at age 8 but have taken long detours in the intervening seventy years. I would like to thank Amnon Gabay who volunteered to teach me and ease my transition from rubber bridge to duplicate. Steve and Phyllis Shectman welcomed me to the Monday night game in Sharon where I learned the basics of the modern club game. Special thanks to John Wason, Don Carow, and Arkady Shifrin, who have been my regular partners for years. I am often asked what being a psychiatrist does for my game. The answer is: absolutely nothing. Like everyone else I have to try to count to thirteen, remember support doubles, and figure out who has the queen. Psychiatrists are notoriously bad at prediction which explains why my success rate is way below 50 perceent on 2-way finesses.

I love this game and enjoy the recent technical improvements: computer-generated deals, computerized scoring, and hand records. At the same time, I wish the regular club game remained friendly and less competitive. Do we need Big Club and other complex bidding systems that create angst and put the average club player at a competitive disadvantage? Confine bridge wars to the tournaments, which occur often enough. 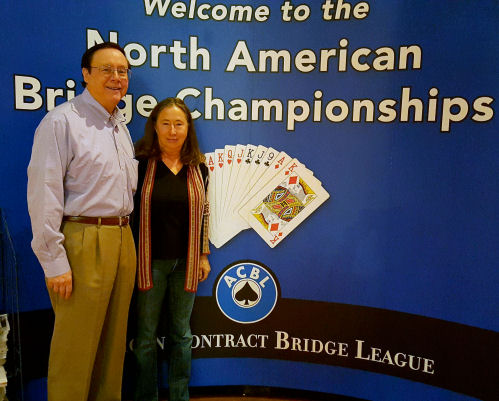 My first introduction to the game of bridge came at the age of 10, sitting with my mother as she dealt out and played practice hands at the kitchen table before her party bridge sessions. I played bridge frequently in college, where I tried duplicate for the first time, and earned my first treasured fractional master point slips. After playing socially for decades, I started playing duplicate regularly about three years ago at the BridgeSpot in Woburn. I have had, and continue to have, the good fortune of playing with a number of excellent partners, teammates, and opponents who have all contributed to my learning and growth in the game. This past March, my partner, Susan Lincoln, and I had the pleasure of representing District 25 at the North American Pairs championship in Reno. We qualified for the final round and discovered we were being joined there by our friends Marguerite and David Levin from Belmont, who also made it to the finals and were sitting only five tables away. The four of us not only from District 25 in the finals, but also from the same club, playing against pairs from all over the country. It was very cool! My short term goals are to make Bronze Life Master by the end of this year, help Susan achieve her Life Master next year, qualify for both the NAPs and GNTs next year, and become a competitive A level player in two years.

The best recommendation I can offer developing players is to take advantage of the online tools to help you work at improving your game ( I use BBO). The great benefit is to be able to go back and review hands after the fact to see how others played the same hands more successfully than you may have done by following the play of the hand trick by trick. I found it was particularly helpful in learning to develop a sense for the best line of play as declarer, especially when it comes to no trump contracts. I have had a lot of fun and learned a lot over the last couple of years, but I know I am just getting started.

For the district, I think the only suggestion I would have would be to see if some tournaments couldn't find a way to incorporate a BAM game into their schedule. I think it is always fun to try and learn new games. And I think the pro-am games have proven to be a popular addition to the schedule and are fun, and a little different, for both sides of the table. On a personal note, it would be nice if there were some type of a mentoring program available for new Life Masters ( like me!) to be able to connect with and learn from a gold LM or +, on an occasional basis, to help with the learning and growth process. Just a thought, but it might be difficult to try and pull off.

Thanks for asking; I'll be sure to look you up in Nashua.