At the beginning of every month District 25's Director, Mark Aquino, sends out congratulatory e-mails to New England bridge players who have advanced in rank during the previous month. Some of them respond, and Mark selects a few of the most interesting ones to be posted on NEBridge.org. Below are a few memorable ones from players who advanced in June of 2016.

I think my story is not common and will be of interest to the American bridge community.

When I was young I lived in Russia and played chess and achieved rating of National Master  in the late sixties of last century. I left chess for playing bridge, which was illegal in Russia in that time. I immigrated to USA in 1991 (52 year old) and first years play bridge, chess and tried to find a job.  Only after 5 years I received a full time job in UMASS Amherst, and continuing playing only chess. In 2011 I retired, left Amherst, chess, renewed my ACBL membership, and began playing bridge. Life Master grade became for me with new requirements and I did that in that year (77 year old).

I love the game of bridge, and I received in my retirement life fulfield with joy and excitement. 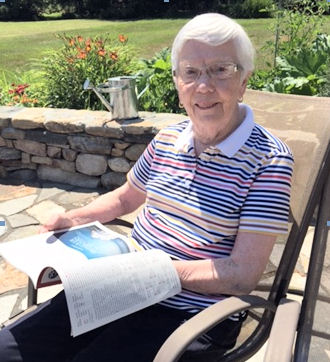 Mary Murphy moved to New London, CT, in 1959 and being a dutiful daughter-in-law followed her mother-in-law's direction, "if you live in New London you must play bridge."  Mary started lessons with Carol Graham, local teacher/club director (now deceased) and played  socially and occasionally in club games and less often in sectional tournaments.

The years rolled by, she raised her children, now has grandchildren, shows up regularly in club games in Waterford, East Lyme and Groton. Mary hits the sectional and regional trail when the events are nearby.

Her latest claim to fame is a big win in the STaC event held June 13 between districts CT, NY and NJ. Playing with a pick up partner, Kay Hering of Savannah, GA. Mary scored an impressive 63.89%, came in second overall and the best part: she now has all her silver points!

At a recent club game in Groton, Mary was telling CBA past president Burt Gischner how happy she is over her recent accomplishment.  Burt explained that this is exactly what STaC games are all about:  providing opportunities for those players who do not travel to sectional and regional game sites on a regular basis.

Congratulations to Mary and Kay!

I earned my first 0.1 point in 1967. I was at Notre Dame and noticed that in one room people seemed to be having a lot of fun. I asked what they were playing, and they replied bridge. "May I play?" I asked. One of the players threw a book in my direction and said, "Read this thoroughly, and then the answer is yes." It was "Five Weeks to Winning Bridge." I read it in five days and then began participating in all-night bridge marathons, eventually flunking out of ND. 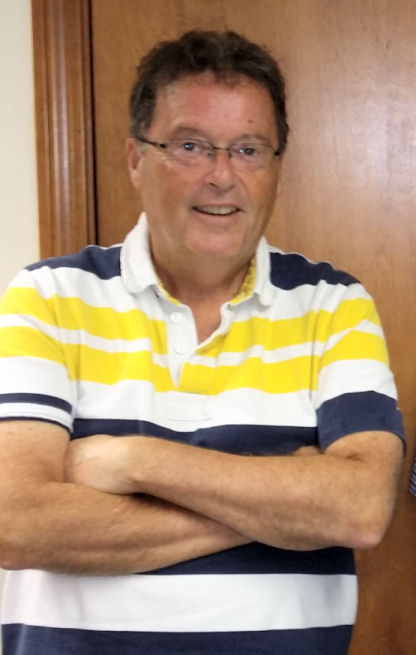 I took up bridge again when I was three years sober in 1986. Living on the Upper West Side of NYC, I played at the Manhattan B.C. and had the pleasure of watching young Roy English, who later was revealed to be Roy Welland, his to-be-ex-wife Crystal Henner, Debbie Zuckerberg (now Rosenberg), Jon Greenspan, Greg Woods, Steve Nellisen, Lapt Chan, Uday, Ivatury, Jared Lilienstein, and a young Jesus Arias. In the late 80's, the Manhattan adopted a no smoking policy, so I played money rubber bridge across the hall at the Gotham with the likes of Harold Berlin, Steve Beck, and Tom Smith, who I believe became a Hall of Famer this year.

My partner Bill Hohauser and I played in the Goldman Pairs twice, qualifying for the second day each time. We played in a few Nationals without note. My partner Carl Hess and I finished sixth in the non-LM pairs at the 90 Boston Nationals.

One of my regular partners was Larry Berkeley, who worked at The Bridge World, and through him I had come to know Edgar Kaplan. One of my favorite stories was sitting down to play a knockout, and there was Mr. Kaplan on my right. We said hello, and then he asked if I knew his partner, an elderly man with a British accent. "This is Alfred Sheinwold," Mr. Kaplan told me. I was stunned and back reading "Five Weeks." I looked from one to the other and finally asked, "Are you playing KS?" "No," they both replied, and we all had a good laugh.

I moved to Maine in '02 and didn't play for 13 years because I either wanted to play good bridge or not play at all. Every day I read my old Bridge Worlds (I have every issue from 1975 on). One day I was reading a Bridge World in my doctor's office. He came in for an exam and asked if I was a bridge player. "I used to be," I replied. "Me too," he said, and told me that when he was an undergrad at Michigan State he ran a bridge club. "Would you like to play sometime?" I asked. "Maybe when I retire," he replied.

A few years later, I got a call from my doctor, who had recently retired. "You want to try this?" he asked. "Sure," I replied. That was in February 2015. At the time I had about 260 master points. Since then, Dan Morgenstern and I have had a great time building a partnership and friendship.

When I started playing duplicate bridge, I had no thought of ever becoming a Life Master. I didn’t even know what one was. I had no idea that I was beginning a journey along a path that would introduce me to endplays, coups, splinters, game tries, and, most importantly, to a whole new community that would come to feel like a second home.

I began this journey shortly after I turned 50. My weeknight routine had become too stale, I thought, and I was looking to get myself out of the house one night a week. I thought organized bridge might be fun, and was curious about duplicate, which I had heard of but never tried. So I showed up as a single at a newcomer’s game at The Bridge Spot, where Dean Panagopoulos showed me how to use bidding boxes and explained the movement, and I played my first round of duplicate. I even won .25 masterpoints that first night (good grief, what were these masterpoint things, I wondered??). Apparently several years of lunchtime games of social bridge at work stood me in good stead. I remember going home and feeling enthusiastic about how much fun the evening had been, and thinking that this was definitely a good choice for getting myself out and about one night a week.

The next week I showed up again at the same game and was extremely lucky to find another player looking for a regular partner who was an ideal match for me. Most weeks, we would email each other our analyses a day or two after each game. These emails usually included discoveries about how we could have bid or played better, and also realizations of the role luck—both good and bad—had played on some of the hands. We played together each week for several years before he retired and moved to Florida.

As I became more experienced, I found myself wanting to learn more about the game. While I didn’t have time to take regular lessons, I could fit in some reading from time to time, and I found I enjoyed studying the game almost as much as playing it (no doubt some latent scholarly influence, perhaps from my father who was a college professor). But I progressed slowly, largely because playing once or occasionally twice a week didn’t provide enough practice for me to be able to fully incorporate all those new ideas into my game.

I have been fortunate to partner with several players who helped me hone my skills, though my wife (who doesn't play at all) seems to think that the most salient characteristic of these partners has been that many of them don't have any more letters in their first names than I do. She often has trouble remembering who my partner is on a given day, and when I get home she might invent names randomly for effect: “Who did you play with tonight? Jim? Bob? Ann? Ivy? Guy? Another Tom?”.

Before long I began playing tournaments—first sectionals, then regionals. And while working full time at a demanding job limited my bridge playing to once a week or so (and still does), I gradually improved my game and played enough tournaments to get all my points for Life Master, making it over the top when three strong players invited me to team with them for a Gold Rush Swiss in Nashua this past June.

Attaining the rank of Life Master is definitely a milestone for me, but I don’t expect it to change much about my approach to enjoying and studying the game. I look forward to playing and learning well into retirement, which seems to approach slowly, but looms closer each year. In particular, I'm working to improve my defensive play, which I think is the weakest part of my game. (I’m half way through "Eddie Kantar Teaches Advanced Bridge Defense" as I write this.)

Duplicate bridge has worked its way into my life more thoroughly than I ever anticipated, and I expect to continue to enjoy this fascinating game for a long time. 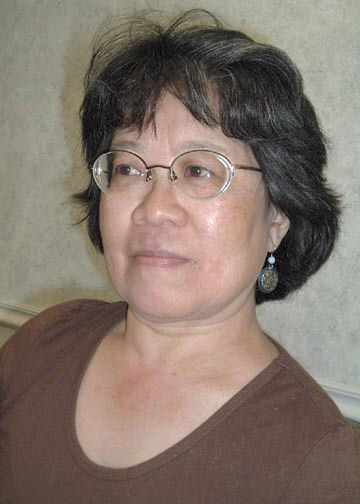 Playing bridge quickly became my passion, my social life, my mental stimulus and now, my bereavement therapy. Jesse E. Whittemore, Jr., my husband of 43 years passed on March 22, 2015. He was my life mate and bridge partner. Jesse was about to enter retirement in 2014 when he was diagnosed with pancreatic cancer. We had plans; to participate in weekly club games, take bridge lessons, and even travel on a bridge cruise.

I continue to play many games at various clubs and tournaments. It is both relaxing and challenging to concentrate on bridge hands for four hours and not have to dwell on real life problems. Numerous partners at different weekly club games have improved my skills and techniques. I appreciate the directors and managers who always help me find a partnership. I find bridge as my most enjoyable activity; that is why I play 4-5 times weekly and that is how I have attained Bronze Life Master status. 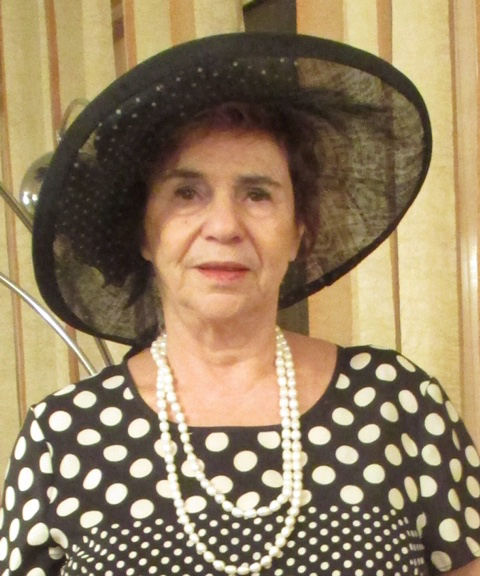 I started playing bridge in the summer of 1995. Bridge captivated me by its logical richness and its competitiveness. Very soon I realized that in order to play decent bridge I needed good teachers. My first teacher was our current District Director, Mark Aquino. I was very proud when following his advices I won several hands. Thanks Mark! Then for 20 years I was lucky to have Lloyd Averdon for my friend and my teacher. Thank you Lloyd! Playing for several years with Joe Cappanelli gave me a lot of pleasure and a lot of knowledge. Thank you Joe! Recently I reached the rank of Diamond Life Master and I am very happy about it (my husband is even happier!). In conclusion I want to thank all my regular partners who put up with me for many years: Yon Bard, Lennie Selsky, Barbara Tarlin, Arkady Shifrin. I was really lucky to have played with Charlie Coon, Sheila, Shome, and lately Zach. One can imagine how much fun I had.