At the beginning of every month District 25's Director, Mark Aquino, sends out congratulatory emails to New England bridge players who have advanced in rank during the previous month. Some of them respond, and Mark selects a few of the most interesting ones to be posted on NEBridge.org. Below are a few memorable ones from players who achieved a new rank between November 2017 and January 2018.

I started off with Rick Weinstein's classes in Manchester, NH, and have enjoyed playing (with the usual ups and downs) ever since. In addition I see that Larry Cheetham is getting a fledgling duplicate game going in Derry, NH, helping a "would-be director". This kind of group is so important because at first duplicate can be so intimidating. 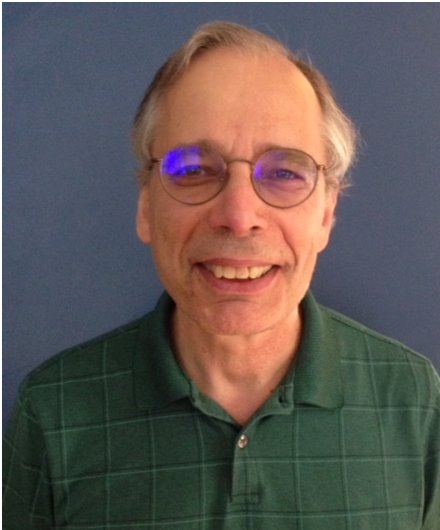 I learned bridge when I was a senior in High School in Paris France. My brother was my partner and we entered a duplicate tournament at the high school and had a 70+ % game. However after high school we went our different ways. College then work took over and it isn't until 1994 after I had moved to the US that I came back to the game. I joined the Jenkintown Bridge Club in Jenkintown, PA and after fumbling early on with the changes in the game (i.e. weak 2s), my game returned and I started getting better. My regular partner then, Harold Weiner, was a great help. I moved back to MA and joined the Northampton Bridge Club. For a long time I partnered with Leo Sartori with very good success and over the past few years my partners have been Paul Bacon and Roger Webb, the latter has been my regular partner in tournaments lately. While Playing with Paul Bacon we qualified for the B NAOP and where in 1st place with one round to go, but a very bad result brought us down to 5th. Three years later I won the event playing with Roger Webb, Eventually I reached the 2,500MPs level and thought it would be a while before I reached 5,000, but I still continued to go to tournaments 3-4 times a year with an occasional NABC. When the Sapphire level was established it didn't feel too far away and I decided to try and reach that level by the end of this year which I barely did by accumulating just a little over 268 MPs this year (some of them online). I really enjoy the game and like to play against strong opposition even if the final results aren't what I would have liked. I find playing against experts has helped improve my game. My strong point is the play of the hand. I try to improve my bidding by playing the ACBL It's Your Call more regularly. I also give back to the game being the Manager of the Northampton Bridge Club, the head of directors and the partnership helper. I also teach at the club once a month on the play of the hand.

I know that my next level is the 5,000 MPs level. I am planning to be at Cromwell part of the time (2/15-2/18) and also at part of the Philadelphia Nationals. Hope to see you there.

In re. experience in District 25, there used to be more regional tournaments in Western Mass that were moved to the East. I understand that it was connected to attendance, but it prevents some of my club's newer members (and some old timers) to participate as they feel it is too far or expensive. It doesn't affect myself so much as my reasons to not be at tourneys as often as I would like are related to family matters.

Thanks so much for your nice congratulatory email. I was thrilled to achieve my Life Master rank in December.

However, although I joined ACBL while I was still teaching in 2002, I let my membership lapse and rejoined after the requirements changed in 2010. Therefore, my 500+ points only qualify me for Life Master, not Bronze as I need 750 points under the new guidelines for that rank. Not sure why ACBL is saying I am a Bronze Life Master (although I will happily take it if it is legit!).

Also, is there a "certificate" that comes with Life Master? For my other advancements, there was always a certificate that I could print out from the ACBL website.

I have been playing what I refer to as “serious bridge” for the past nine months having been approached by one of the better players in a local bridge club to embark on a “serious” partnership, something that hither-to-fore had not been a priority.
Our partnership agreements are based on the following principals:
1. bridge should be fun
2. bridge is a metaphor for life
3. forgiveness and kindness to each other is paramount as we strive to learn from our successes and failures.

We are fortunate to have three local clubs: one in Milerton NY, one in Norfolk CT, and one in Great Barrington MA although that one functions only in the summer. Poughkeepsie and Rhinebeck NY are also available but more of a drive. All of these clubs are run by stellar people who ensure that the games are well managed as well as making sure that we players are well fed and comfortable.

The bridge world at large is full of people right out of central casting, something that is obvious when I get out of my local bridge bubble. I am amazed at the diversity of people who “come to the table” to enjoy this great game. My partner and I have an ongoing bet as to how many people we can get to smile at us and be friendly. With his delightful twinkling eyes and my easy sense of humor, we still have only managed about a 50% plus record. We have discovered that you cannot hide your personality at the bridge table. You are either a nice person or you are not. You are either polite and considerate person or you are not. A dysfunctional marriage has no place at the bridge table just as two delightful brothers who travel great distances to play in tournaments because they just love the game and brighten your day with their enthusiasm do.

As for making Regional Master status, this is one aspect of the bridge world that I find amusing. I don’t really care about the points. Can I trade them in for a toaster oven, please? While I do enjoy winning, I am more interested in the percentage score part of the Common Game. I may win but if I have 54%, I am not as satisfied as I am with a 60%. The Common Game is a wonderful innovation, allowing for real competition on a national level. 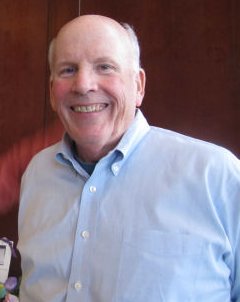 Thank you for soliciting my input on matters ACBL. On how I achieved my current ranking, I guess the most important thing was finding a regular partner and playing. He plays a simplified bidding system that I adopted. Since he is a superior player I have been able to hone my playing skills.

Second, I play on BBO just about every day. Again, playing a lot of duplicate has improved me.

Before I moved to Massachusetts, I lived in Stamford, CT. Because of the larger population base, there were more - and larger club games. In nearby White Plains, NY, the Hartes Club has two sessions a day with forty to sixty tables. We can't increase our population, but perhaps some of the smaller games can look to combine forces into bigger games? 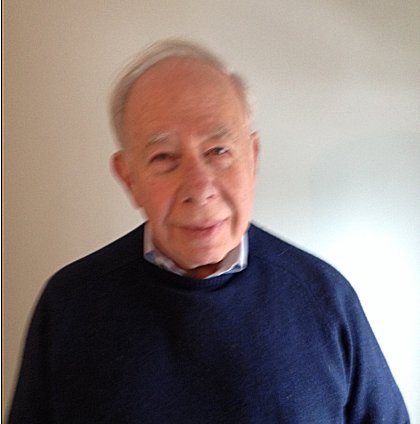 I started playing duplicate bridge about 11 years ago, when I saw an article in the Needham Times that mentioned that a duplicate was starting at Temple Aliyah in Needham. At that point I had not played bridge for many years – imagine my shock in learning that 2♠ was a weak bid! I started playing once a week, on Monday nights, and didn’t even join ACBL until after my first year. Over the years, as I slowly accumulated points, I began to become more interested in gaining Life Master status, but I didn’t play in many regionals or even sectionals. My best friend was living in Washington, D.C., and we played in a few National events, even winning a couple of prizes in Boston. I finally reached a point in 2016 where I only needed just under 3 silver points to reach Life Master ( I was grandfathered in to the older 300 point standard) but I found those points very difficult to get, particularly in Watertown which was the sectional I played in most frequently. I wound up changing partners and my new partner, Paul Durda, started dragging me to other places like Sturbridge and Johnston (it helped that he was willing to drive). He was determined to see me get over the top and finally, this past December, we had enough success in Watertown to accomplish that. On the way we even qualified for the North American Pairs and we’ll be playing in Philadelphia this March. It will be fun to revisit Philly – I lived there for a couple of years about 54 years ago.

On the personal side I’ve worked in public health and health information for almost 40 years. I have an undergraduate degree in math from BU and a Master’s in Biostatistics from the Harvard School of Public Health. I met my wife in Geneva, Switzerland while working for the World Health Organization (she’s English, absolutely no interest in card games). I eventually returned to Massachusetts and wound up working in the Massachusetts Department of Public Health, managing a data system developed by the Department and feely available to the public. I retired in 2014 and am still in Needham, where I’ve resided for the past 39 years.